Bacteria are prokaryotic (single-celled) microorganisms that are found in both human health and disease.

Bacteria range in size from approximately 0.5-5.0 micrometers in length and different in morphology. Typical shapes of bacteria include spheres (i.e. cocci) and rods (i.e. bacilli) .

The human body is colonised with trillions of bacteria in normal health. This collective is known as the human microbiota and is important for normal functioning. Bacteria are also the cause of many clinically relevant infections in humans.

The cell wall forms the outer aspect of bacteria, which protects it against host immune defences and external osmotic pressures. The cell wall differs depending on whether the organisms is gram-positive or gram-negative. These are the two major groups of bacteria.

NOTE: Some bacteria do not have a cell wall (e.g. mycoplasma).

Gram staining is a technique used to identify microorganisms under a microscope. 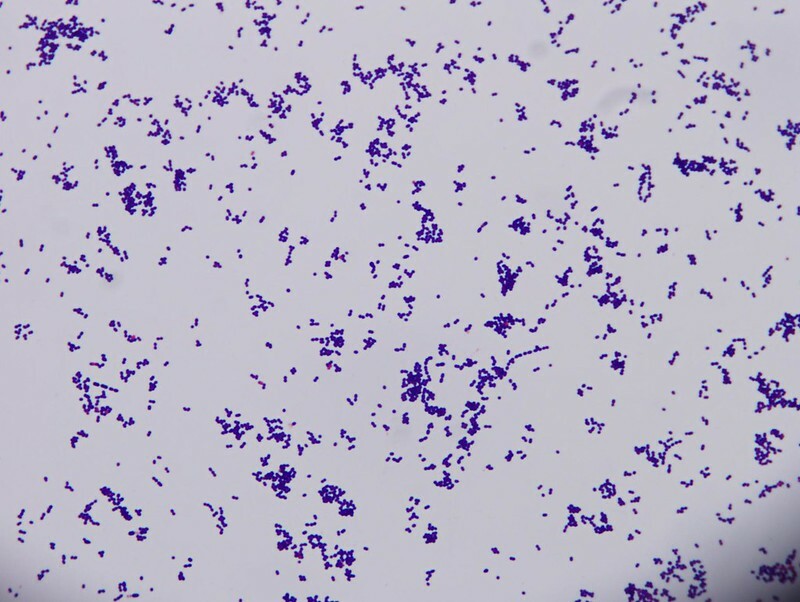 Bacteria can be broadly divided into two main groups (gram-positive or gram-negative) based on gram staining of the bacterial cell well.

Gram-positive bacteria are further divided based on the morphology, which can be assessed under the microscope. The two major groups are cocci (spheres) and bacilli (rods). 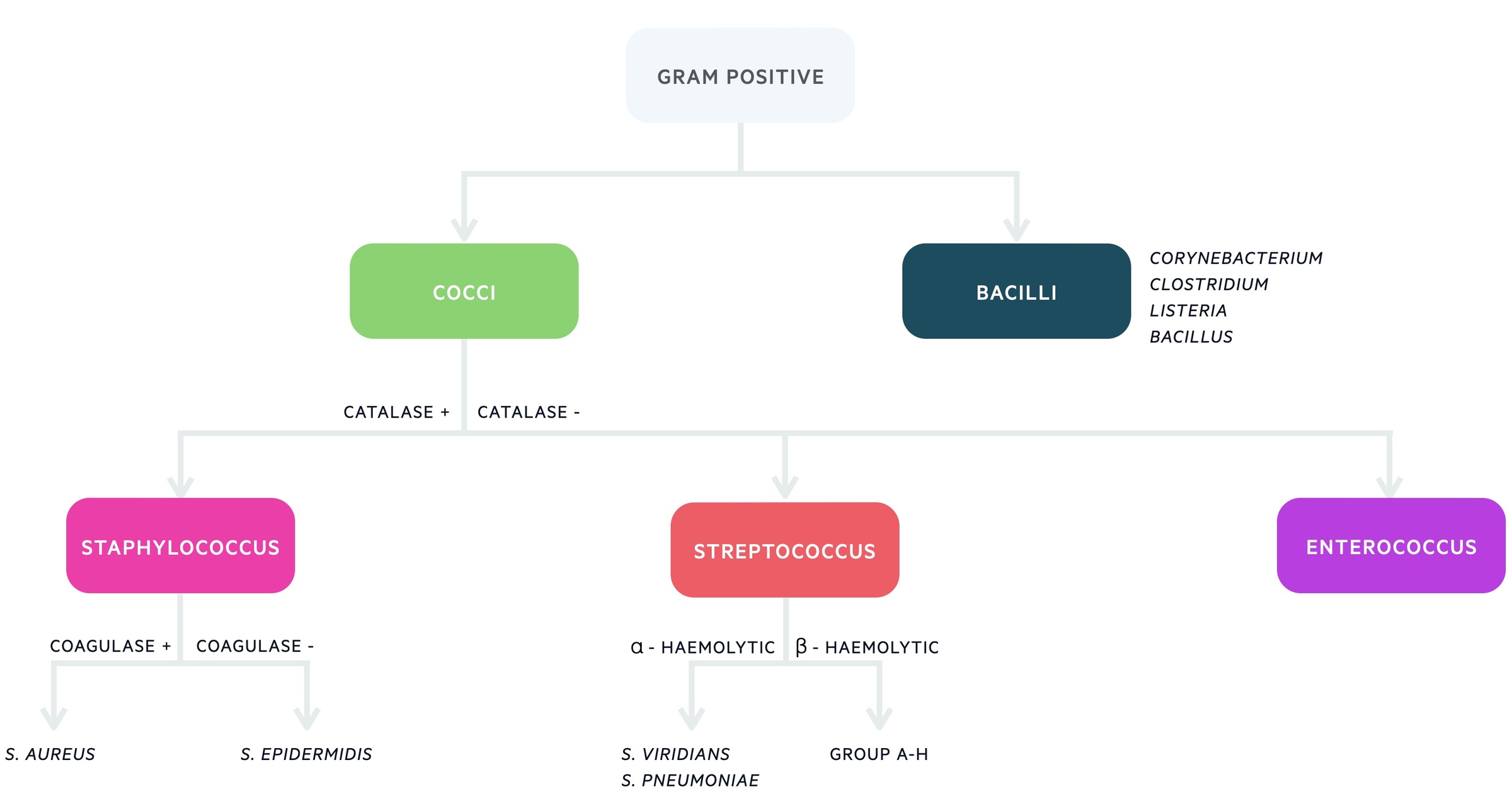 Further differentiation is then based on laboratory and molecular techniques that assess the different characteristics of gram positive bacteria.

There are three main types of Staph to be aware of:

CoNS consists of a group of > 40 microorganisms that are generally considered together in clinical practice. They are usually detected when there is contamination during blood sampling. This is because they are commonly found on the skin. However, they can cause significant infections in patients with indwelling foreign material (i.e. lines).

Common locations include skin, mouth, nose and throat. They live harmlessly on the skin of 1 in 3 people.

Typical infections associated with Staphylococcus include:

Streptococcal microorganisms cause a wide range of clinically relevant infections.

Streptococcal microorganisms are divided by their haemolytic properties. The two major groups are alpha- and beta-haemolytic. Beta-haemolytic bacteria are further divided based on Lancefield grouping.

Traditionally, enterococcal microorganisms were classified as beta-haemolytic group D streptococci. However, they have now been reclassified to an independent genus.

Streptococci are commonly found on the skin and in the throat.

Infections associated with streptococci depend on the type (i.e. alpha vs. beta-haemolytic) and include the following:

Enterococci (re-classified from streptococci) can form part of the normal bowel flora. They are commonly associated with UTIs, biliary infections, intra-abdominal infections and endocarditis.

There are four major gram-positive bacilli that cause clinically significant infections in humans.

They can be divided into spore-forming (Bacillus, Clostridium) and non-sporing (Listeria, Corynebacterium). They are briefly discussed below.

Clostridium is an anaerobic gram-positive rod that causes a range of clinically important infections related to toxin release.

Listeria monocytogenes can cause meningitis, often in neonates, or patients who have consumed unpasteurised milk.

Bacillus cereus is a common cause of food poisoning (i.e. gastroenteritis). It classically occurs following consumption of re-heated rice.

We'd love to hear your feedback on our Gram-positive infections notes.