Ventilation is the movement of air between the lungs and the surrounding environment.

Ventilation is key to maintaining adequate arterial oxygenation and for the removal of CO2. Under normal circumstances, breathing is a passive process controlled by centres in the brainstem. These respiratory centres are specialised groups of neurones. The complex interaction of these neuronal collections are responsible for ventilation.

The pons (primary) respiratory centre is composed of two centres.

The medullary respiratory centre is composed of two groups.

Respiratory rhythm is thought to be generated by the pre-Bötzinger complex. The neurones here exhibit pacemaker-like activity which is thought to drive the DRG. 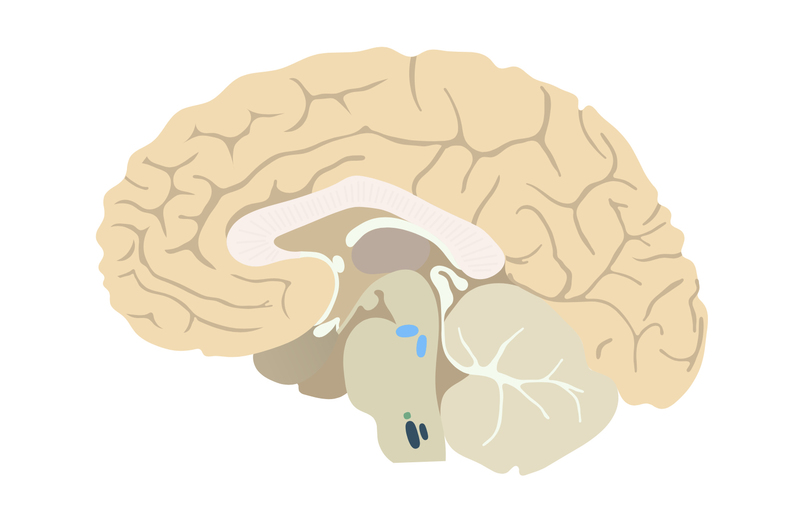 Central chemoreceptors exert significant influence over the respiratory centres in response to changes to acid/base balance.

Located on the ventrolateral surface of the medulla, central chemoreceptors are sensitive to changes in pH within the cerebrospinal fluid (CSF). The central nervous system itself is separated from the blood by the blood-brain barrier which hydrogen ions (H+) are unable to cross.

Instead, carbon dioxide (CO2) levels are responsible for pH changes in the CSF. CO2, which is lipid-soluble, easily diffuses through the blood-brain barrier. In the CSF, it forms carbonic acid with water. Carbonic acid then may dissociate to hydrogen ions and bicarbonate. An increase in hydrogen ions leads to a reduction in the CSF pH. 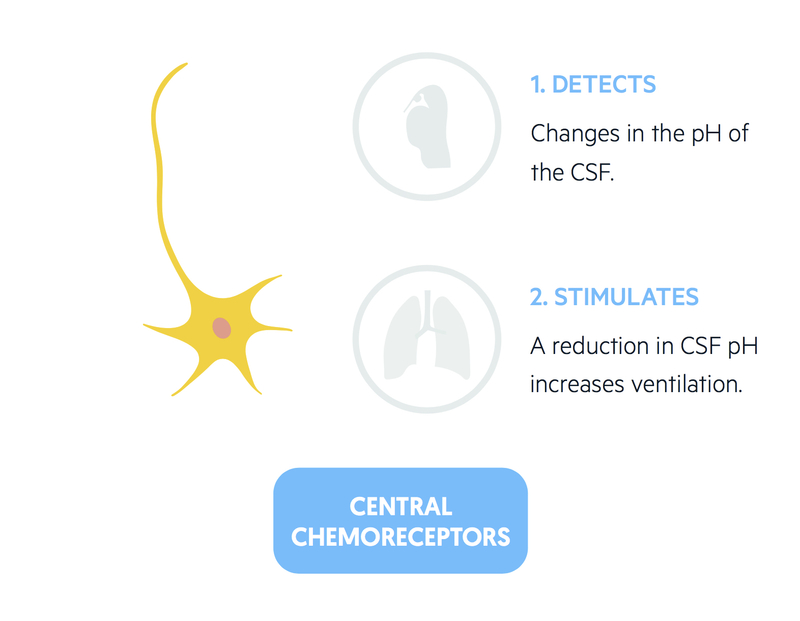 Respiratory acidosis - caused by raised CO2 - is quickly detected via the mechanism described above leading to compensatory changes. The impact of systemic metabolic acidosis on this system is not fully understood.

Local cerebral hypoxaemia will also activate central chemoreceptors due to the development of a localised metabolic acidosis.

This system, though slower than the peripheral chemoreceptors, is the primary stimulus of ventilation and is estimated to provide 80% of the stimulus for a ventilatory response to a raised arterial CO2.

Peripheral chemoreceptors are able to bring about rapid changes to ventilation in response to fluctuations in arterial pH, O2 and CO2.

There are two sets of peripheral chemoreceptors:

They act more rapidly than central chemoreceptors and are estimated to provide 20% of the stimulus for a ventilatory response to raised arterial CO2. 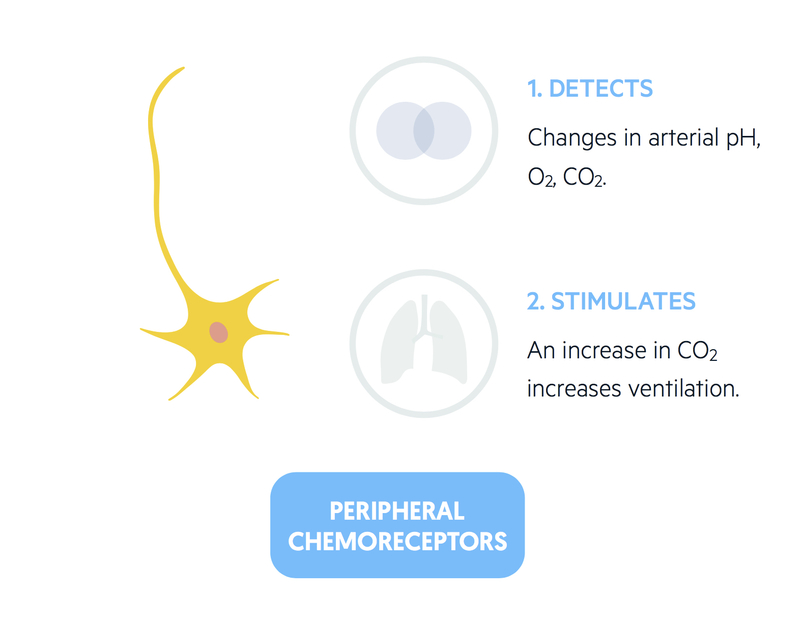 We'd love to hear your feedback on our Ventilation notes.