Caesarean section is an operation in which a baby is delivered via an abdominal incision.

The caesarean section, or procedures similar to it, have been described for thousands of years in many of the world's cultures. To this day the origins of the term caesarean are disputed. 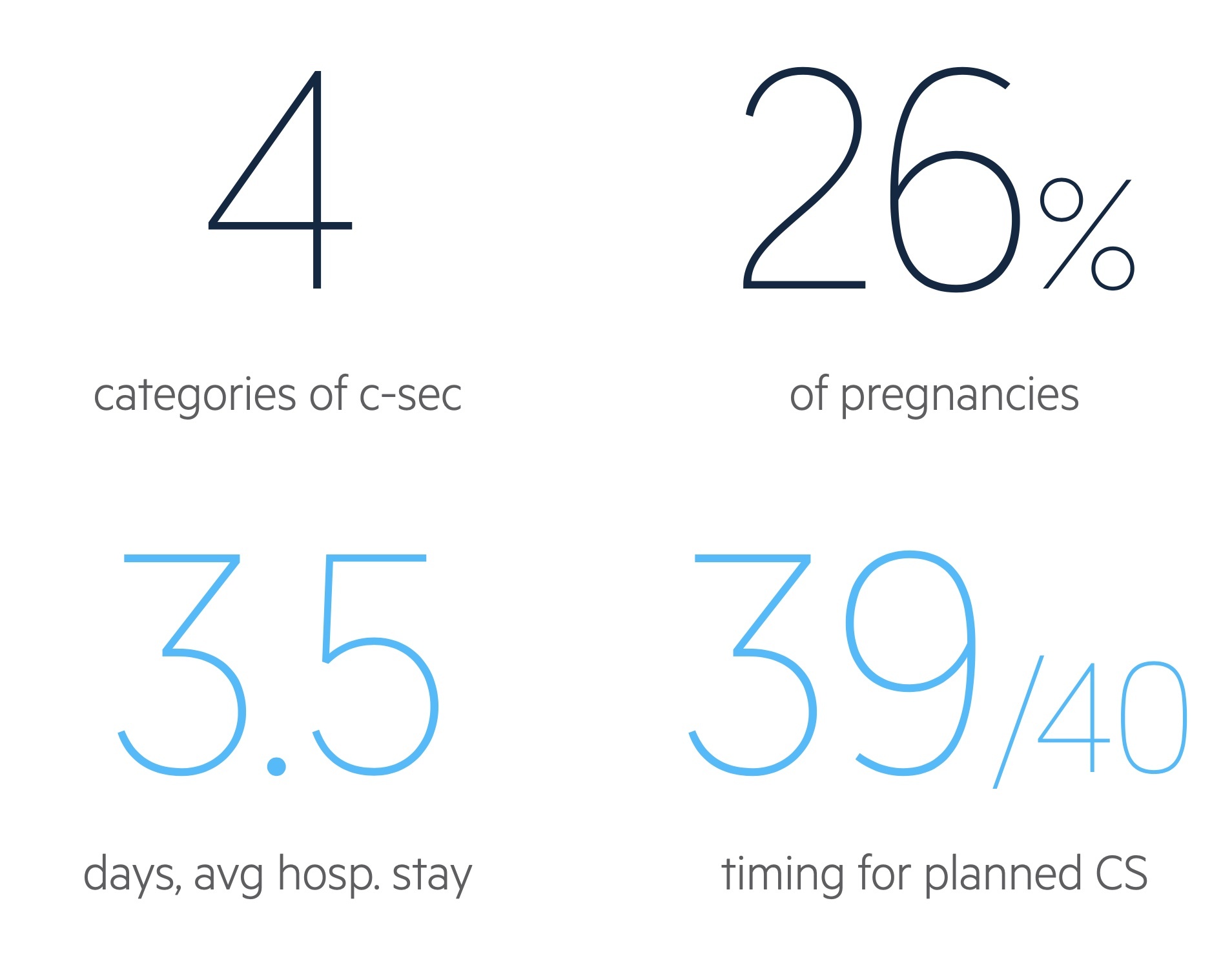 The following NICE guidelines may be of interest:

There are many medical and personal indications for elective caesarean section.

If following such a discussion (and the provision of any appropriate support) the patient requests a caesarean section, a planned procedure should be offered.

The decision to conduct an emergency caesarean section should be made by a senior obstetrician.

Clear communication with the mother and family is essential as is with all members of the MDT to ensure a timely and safe birth. Indications include:

The category of caesarean section allows for a universal classification that communicates urgency and facilitates audit.

Categories 1 and 2 describe unplanned (or emergency) caesarean sections. For a category 1 section a decision to delivery interval (DDI) of 30 minutes is targeted. A DDI of 75 minutes is targeted for category 2 sections (note these are overall obstetric unit audit targets and not necessarily appropriate for every individual case).

Blood tests: all patients require a full blood count to identify anaemia pre-operatively. Haemorrhage is a complication of caesarean section with blood loss > 1000ml occurring in around 4-8% of cases. According to NICE, patients who are otherwise well do not require group and saves or clotting screens pre-operatively.

Regional anaesthesia is the preferred method. It has been found to be safer for both mother and baby when compared to general anaesthesia.

NOTE: You may hear doctors refer to Mendelson Syndrome - it is an eponymous name for chemical pneumonitis secondary to aspiration of stomach contents during general anaesthesia. It is more common in pregnant women.

Prophylactic antibiotics are given prior to knife to skin. The operating table should be placed at a 15-degree left tilt to reduce the risk of maternal hypotension.

There are a number of surgical approaches. A NICE document details these and the confusion that sometimes results, in short:

Following delivery of the baby, the placenta is removed with controlled cord traction.

Patients must understand the operation, its justification, alternatives and the potential complications that may occur.

Complications should be explained to the patient pre-operatively (unless this is not possible). This includes the small but real risk of emergency hysterectomy as well as the need for blood transfusion. Injury to the bladder and ureters should be explained and that further management may be needed if they occur.

Maternal risks in future pregnancies include:

Foetal risks are less common. Lacerations of the foetus affect around 1-2 out of every 100 caesarean sections.

The mode of delivery should be discussed in future pregnancies.

The risks and benefits of further caesarean sections and vaginal births should be explained. Maternal wishes must be taken into account.

Women who have had 4 or fewer caesarean sections do not have an increased risk of fever and surgical injuries based upon the ‘planned mode of delivery'. Though the risk of uterine rupture is higher in those with planned vaginal birth, it remains rare.

Those who choose planned vaginal births should have CTG monitoring and receive care at a facility able to handle emergency sections with on-site transfusion services.

We'd love to hear your feedback on our Caesarean section notes.