Biliary colic refers to a pain in the RUQ/epigastrium caused by gallstones.

It is the most common symptomatic manifestation of cholelithiasis (gallstones) affecting around 10-20% of patients. Though termed a 'colic' the pain is normally constant lasting from 30 minutes to 6 hours.

The pain occurs when a stone impacts against the cystic duct during contraction of the gallbladder with increased pressures in the gallbladder itself. Biliary colic is generally considered an indication for elective laparoscopic cholecystectomy after appropriate investigation.

See our Cholelithiasis notes for more about the aetiology, types and risk factors. 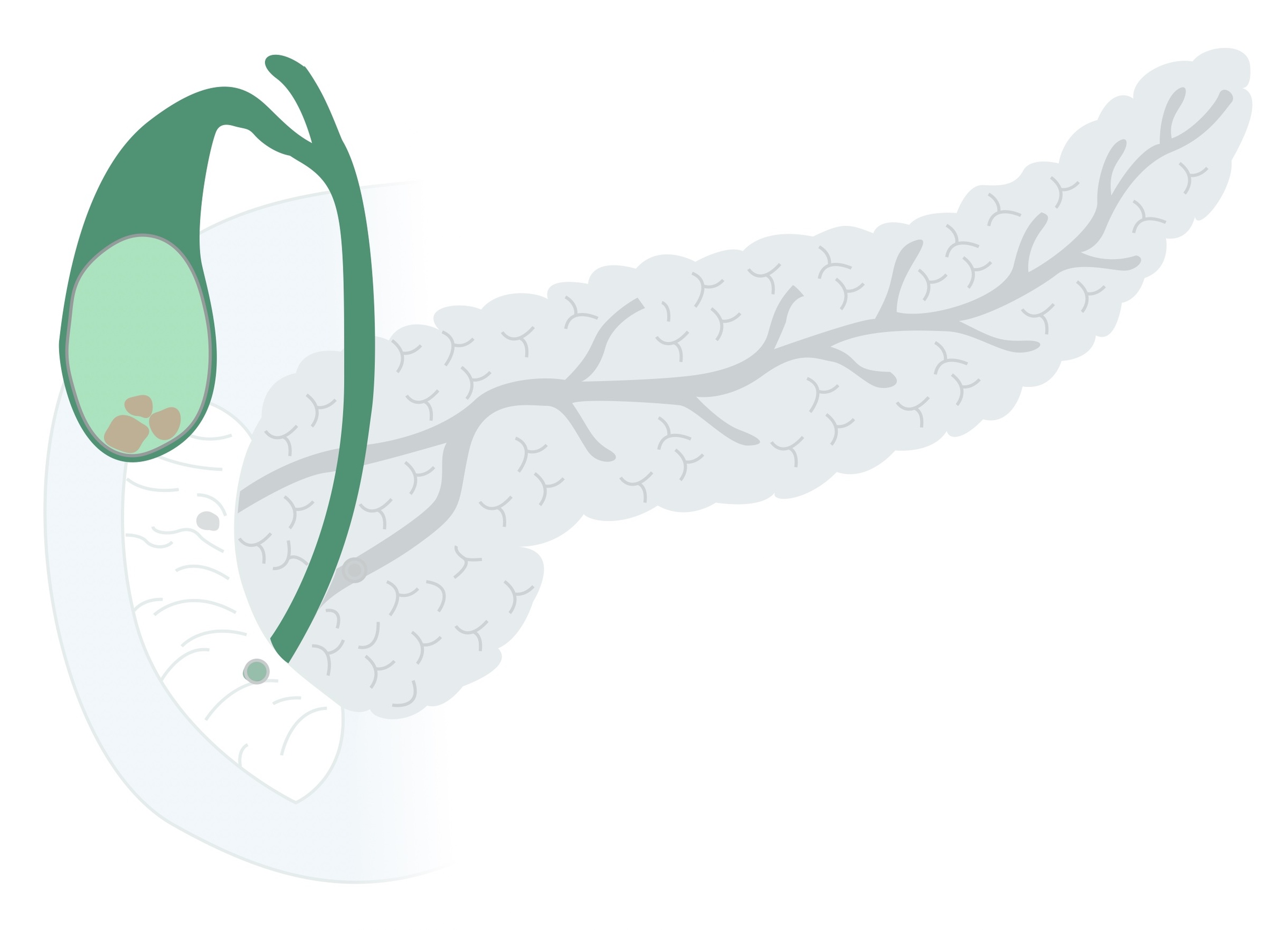 Cholelithiasis (gallstones) refers to the development of a solid deposit or ‘stone’ within the gallbladder.

Though largely asymptomatic in a significant proportion of patients they become problematic. In the UK around 60,000 cholecystectomies are performed each year.

Gallstones affect up to 20% of the population. The prevalence of gallstones increase with advancing age before levelling off in the sixth - seventh decade of life. They are more common in women and tend to affect those of caucasian, Native American and hispanic backgrounds more.

Outside of haemolytic anaemias, gallstones are rarely seen in childhood. The vast majority of people with gallstones will remain asymptomatic (80%). There are a number of risk factors are associated with the development of cholelithiasis:

Biliary colic is a self-limiting pain in the epigastrium/RUQ.

Though termed 'colic' the pain is normally constant with episodes typically lasting 30 minutes - 6 hours. It is frequently associated with nausea and may precipitate vomiting. 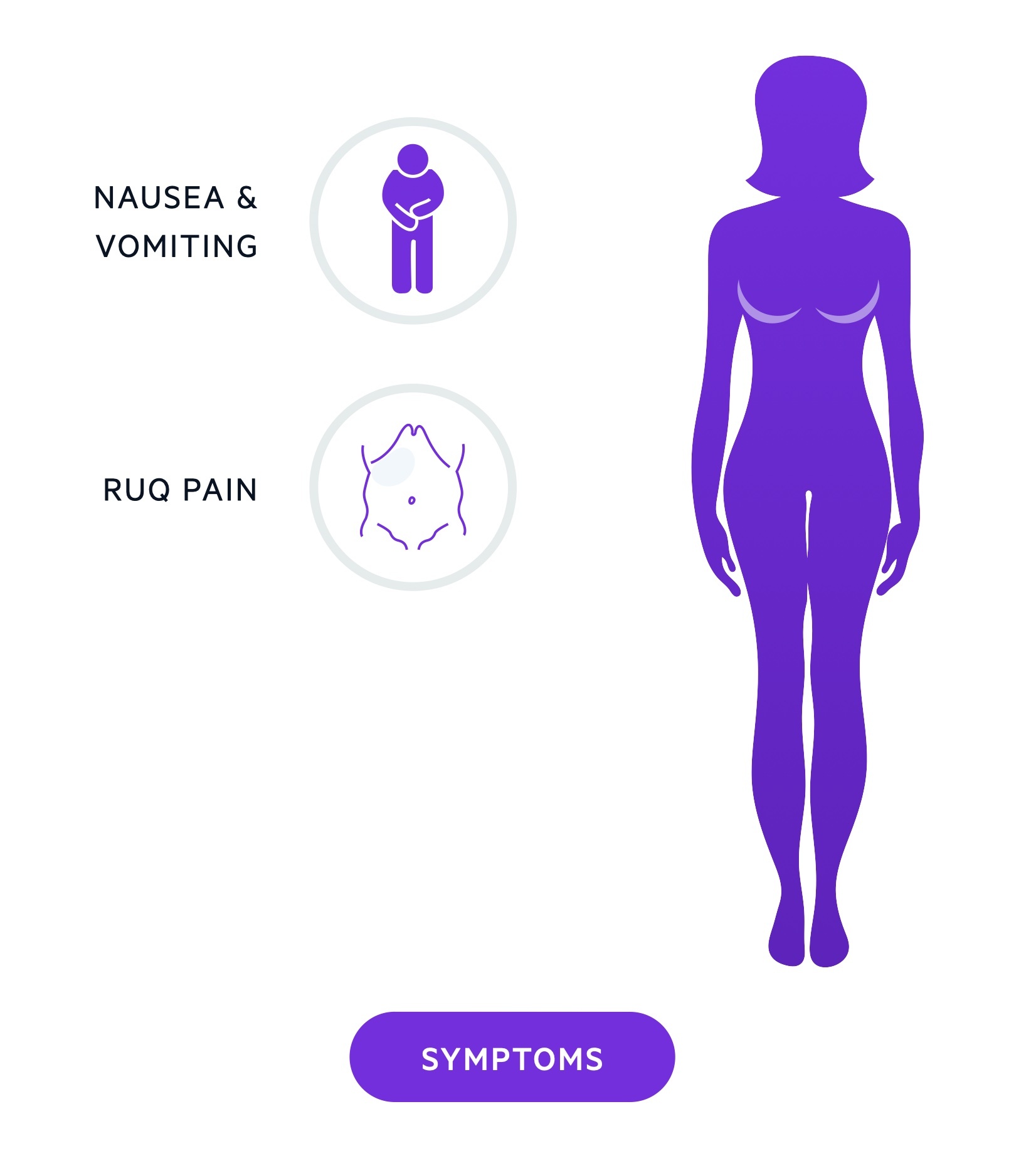 An USS abdomen is highly sensitive for the diagnosis of gallstones.

Patients with suspected gallstones should have an abdominal USS and LFTs arranged: 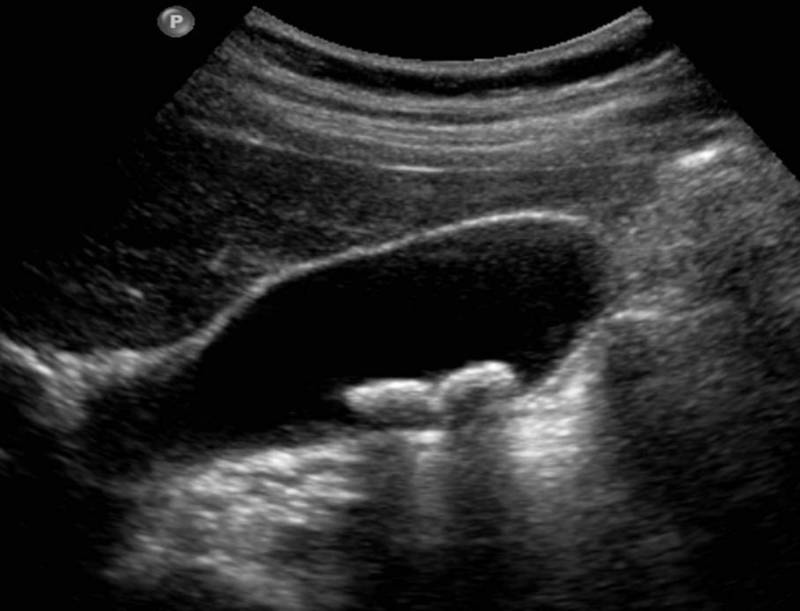 Gallstones seen within the gallbladder on USS

Many other investigations may be ordered depending on the presentation and co-morbidities. Alternative diagnoses should be considered and appropriately investigated. Gastritis and peptic ulcer disease may present with similar symptoms - consider an upper GI endoscopy if diagnostic uncertainty exists.

Biliary colic is managed with symptomatic relief and elective cholecystectomy.

Conservative measures may be used to treat acute symptoms and reduce episodes of colic:

Typically once gallstones have become symptomatic, they are likely to be troublesome in the future. For most patients an elective cholecystectomy is indicated.

A routine general surgery review with a view to considering operative management should be arranged. In patients with significant co-morbidities, a cholecystectomy may represent unacceptable risk and as such conservative measures trialled.

Prior to cholecystectomy it is key that CBD stones are excluded. All patients will have had an USS and set of LFTs as a minimum. If there is suspicion of CBD stones (e.g. dilated CBD or CBD stone on USS, raised bilirubin on LFTs) then there are two main options:

We'd love to hear your feedback on our Biliary colic notes.