Hodgkin lymphomas are characterised by the presence of Hodgkin/Reed-Sternberg cells.

Lymphoma is a haematological malignancy arising from lymphoid tissue. They are commonly categorised as Hodgkin or Non-Hodgkin lymphoma:

This note is an introduction to HL, primarily focused on classical HL. The cause of HL is poorly understood though it has been linked with Epstein Barr Virus (EBV). Other risk factors include smoking, HIV and immunosuppression.

In the UK, there are approximately 2,100 cases of Hodgkin lymphoma diagnosed each year.

HL is far less common than NHL which has around 14,000 cases a year. Approximately 330 people die from Hodgkin lymphoma each year. 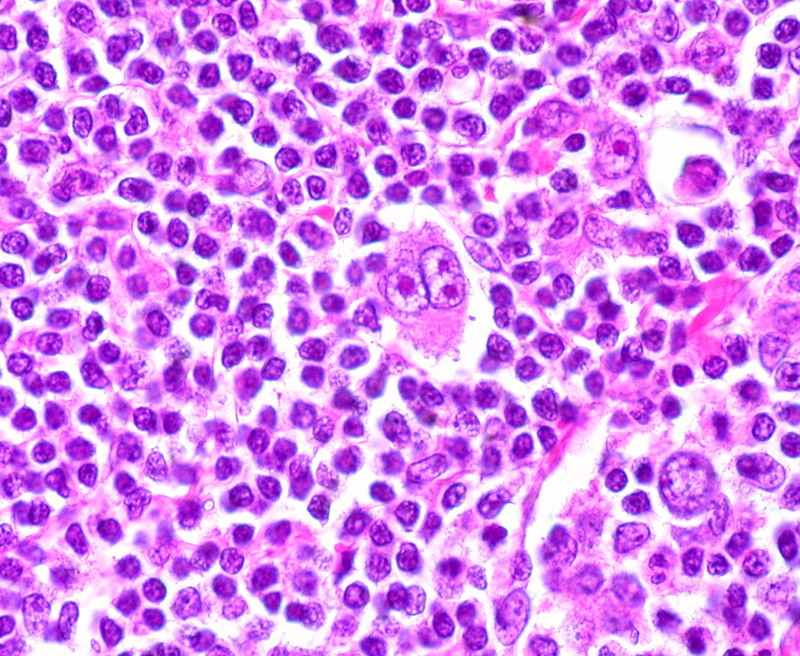 A rare form of HL, nodular lymphocyte-predominant Hodgkin lymphoma is characterised by the lymphohistiocytic Reed-Sternberg variant.

HL may be subdivided into classical and nodular lymphocyte-predominant Hodgkin lymphoma. 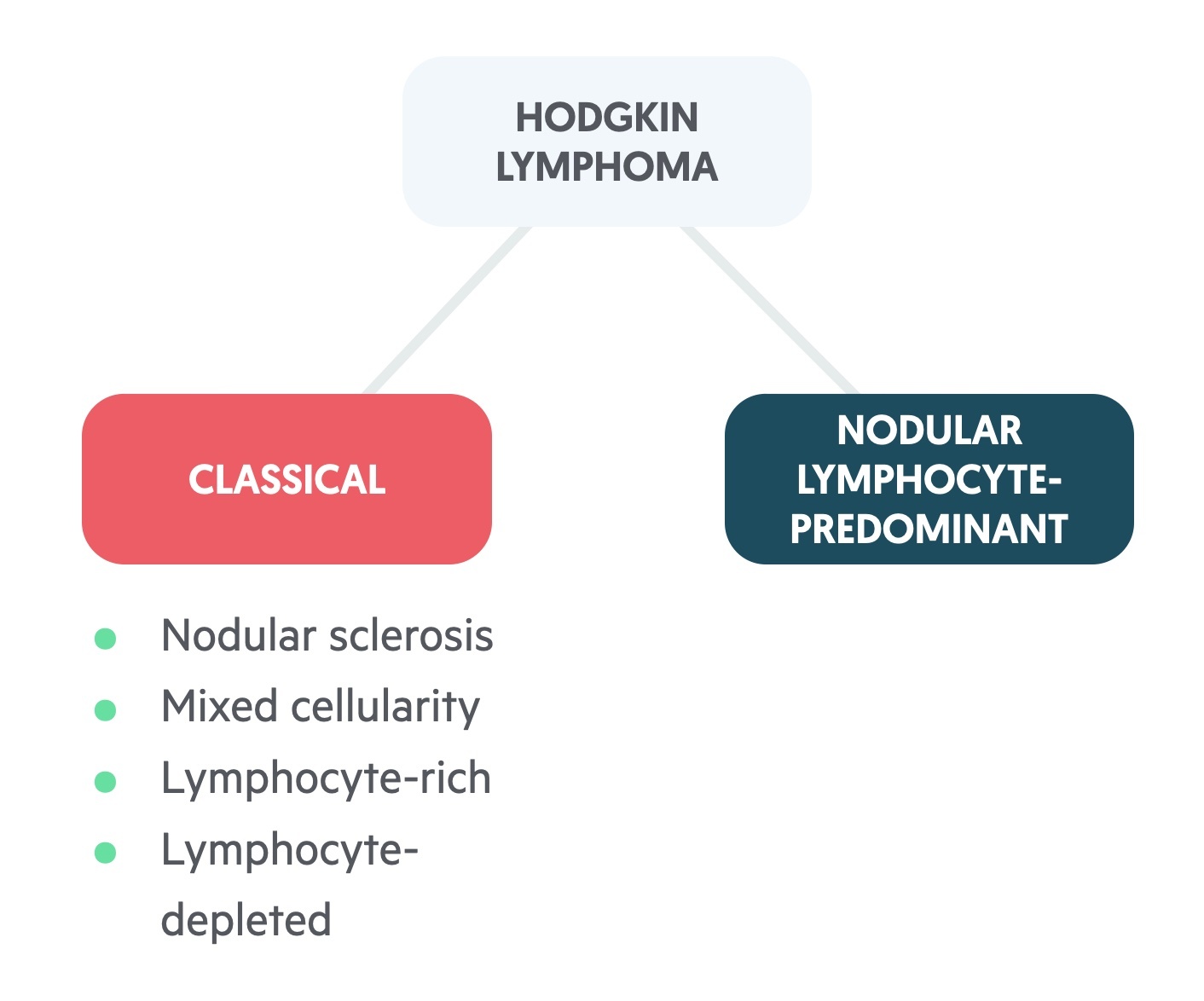 The four ‘classical’ forms of HL (cHL) account for around 95% of cases of HL. There are four subtypes:

An exceedingly rare condition accounting for around 5% of HL. It is characterised by the lymphohistiocytic Reed-Sternberg variant.

It shows a significant male preponderance and is more common in those of black ethnicity. It tends to follow a different course and is managed uniquely. This is beyond the scope of this note which focuses on cHL.

HL tends to present with gradual lymphadenopathy, malaise and fatigue.

PET/CT is the preferred imaging modality for staging disease.

The Lugano staging system is used to classify HL.

It describes the anatomical distribution of disease and is of both prognostic and therapeutic importance.

The system originates from an international conference in Switzerland in 2011 (and many further meetings), and is an attempt to update the Ann-Arbor system to reflect changes in the decades since it was introduced.

The staging is further modified by the presence or absence of a number of features:

Chemotherapy and radiotherapy are the mainstay of management in patients with cHL.

The management of cHL is complex and depends on the Lugano staging and other prognostic markers (age, ESR, number of regions involved and presence of bulky mediastinal disease).

ABVD is a commonly used regimen in the treatment of cHL, and the one you will be expected to be aware of at an undergraduate level. It consists of four chemotherapy agents:

In patients with stage I/II disease ABVD chemotherapy is the mainstay of treatment. Number of cycles vary case to case but 3 to four are common. This may be followed by radiotherapy.

Advanced stage refers to stage III/IV, sometimes stage II bulky disease will be included here. A number of treatment regimens may be used:

Radiotherapy may be used as an adjunct to chemotherapy.

If a blood transfusion is required, patients with or treated for Hodgkin lymphoma must received irradiated blood. This is to reduce the risk of transfusion-associated graft-versus-host disease.

The advice is 'all adults and children with Hodgkin lymphoma at any stage of the disease should have irradiated red cells and platelets for life'. There are a number of other indications for irradiated blood products. For more information see the British Society of Haematology page.

Upwards of 75% of patients will be cured of the condition, though this is dependent somewhat on the staging at diagnosis.

We'd love to hear your feedback on our Hodgkin lymphoma notes.